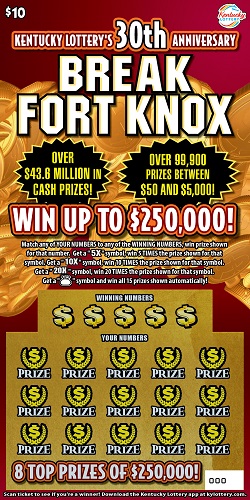 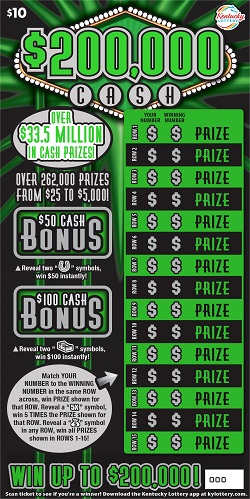 A Cynthiana man has won $1 million on a $20 lottery ticket. The man, who wishes to remain anonymous, paid for a Kentucky Lottery Scratch-off ticket, Max-A-Million. "I scanned it without scratching it off,

Lottery officials say the man, who wants to remain anonymous, won $1,000,000 on a $20 Kentucky Lottery Scratch-off ticket he bought at the Apple Market on East Pleasant Street in Cynthiana.